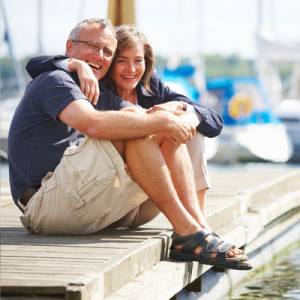 Boatshed, the global yacht broker renowned for its boat show ‘Fizz@Five’ parties, continues to buck the trend of the recession with further expansion, both at home and overseas.

With the third anniversary of the start of the economic downturn just a few weeks away, many commentators are predicting a second wave of recession. This could hit the marine sector as much as it will affect other industries.

However, Neil Chapman, founder and CEO of Boatshed, believes that his business is strategically positioned to weather the storm. He said: “Three years’ of recession have changed attitudes and buying patterns. Before the hard times really bit, everybody wanted to buy a new boat. Now, the picture looks very different. People are still buying boats, but these days a used boat is a more shrewd purchase than a new one. We have recognised that key fact and built a business model around it.”
Manufacturers of new boats are loathe to admit it, but the second hand market is more buoyant than ever. As with a car, a new boat can lose half its value in two years. In many cases, that can mean wiping out tens or often hundreds of thousands of pounds; in that context, buying a used boat starts to make more sense.

As Chapman puts it: “Whether it’s a £10,000 speedboat or a £1m luxury yacht, if you buy used you can get twice the boat for the same amount of money. People are now more cautious and less inclined to take risks – and this often means buying a quality, well cared for used boat rather than a new one. Big financial mistakes will be a thing of the past for most boat owners.”

Boatshed, which is based in Gosport, has been diligently expanding its operations, investing in areas which show real potential for growth. During the last month, the company opened up new territories in Central London and Brighton, and is now poised to set up shop in Vancouver, Dun Laoghaire, Holland, St Malo, Northumberland and Barbados.

Chapman continued: “In some areas, Central London for example, we have little or no competition. That, combined with our well established brand presence, means that developing a new area becomes a ‘no brainer’. If we see an opportunity, we’ll be quick to capitalise on it.”

The company is also undertaking technology trials to ‘white label’ its brokerage service to other related businesses such as marinas, chandlers and other marine businesses. “It makes absolute sense,” said Chapman. “White labeling allows those providing complimentary services to leverage the strength of our brand – and utilize our technology - and take a share of the commission.

“We now have over 50 offices worldwide, and there’s still room for significant growth. This helps prove the point that whatever the prevailing economic conditions, the market for used boats will always be healthy.” 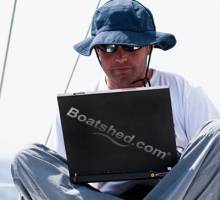 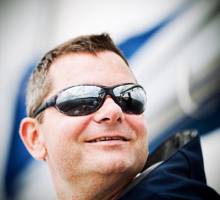